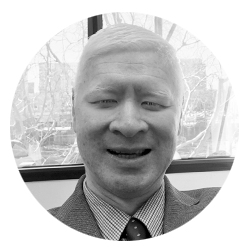 I was born in Saigon, Vietnam and immigrated to the United States in 1975.

I am fluent in Vietnamese.

I moved to San Jose, California in 1978 and since considered San Jose to be my home.

I graduated from U.C. Davis with a double major in Political Science and Philosophy in 1994.  I then attended McGeorge School of Law of the University of the Pacific and was admitted to the California Bar in 1999.  I am also admitted to practice in the Northern District of California.

I am an active member of the Bar of California and licensed to practice before the Federal Courts.

while at the same time being mindful of minimizing the cost to my clients. To this end, my approach to each and every case centers on two fundamental principles.

First, I approach each case with the intent of ascertaining the case’s issues as early and as meticulously as possible.

While keeping client costs in mind.

Second, I then make economically- conscious and candid recommendations to the client. My clients know that when they hire me, they will receive competent and frank advice.

I also demand that my clients be honest with me because my competent representation is dependent on cooperation from my clients.

I manage a retail property in Southeast San Jose. In 2005 a tenant/landlord problem arose with a Vietnamese business owner who spoke almost no English. I searched a legal data base of every county which touches San Francisco Bay seeking an experienced real estate specialist attorney who was fluent in both English & Vietnamese. Fortunately, I finally found Bao-Quan Pham. I interviewed him in his San Jose office, found him to be intelligent, informed, competent and quick of mind, and engaged him in solving our problem. He completed his assignment so quickly, effectively and inexpensively (relative to other attorneys I had previously used) that we have used Bao-Quan as our attorney of choice ever since.

Had a basic question about residential property law. Bao contacted me promptly and to my surprise proceeded to get into it over the phone. The issue was fairly simple and we came to a (tentative) conclusion. No fee. PLEASE don't contact him expecting to get free of charge legal advice. The guy has to make a living. The reason I'm posting this is that I think it shows he's someone that's not trying to nickel and dime his clients to death. If I need further counsel, I'll surely go back to him (and expect to pay a fee).

I highly recommend Bao-Quan Pham as your attorney for selection. I had hired Bao-Quan for a personal injury case back in 2008 where he had successfully won the case without going into litigation. It was a hit and run case and he had diligently worked on the case with meticulous details to effectively win the case against the defendant. He was very fair and impartial and seek damages that were in accordance to current standards. I then engaged his services again in 2013 for a real estate matter where he too successfully collected the damages rendered from the defendant.
Bao-Quan is very reputable within the large Vietnamese community in the Santa Clara county, specifically in San Jose. He is versatile in his practice of law. As a client of his who has some employment law background, I wholeheartedly trust his direction and guidance towards rectifying any legal matters. He has your best interest in hand as he thoughtfully handles your case with personal attention. His response time is impeccable which is key to any client/attorney relationship. Thanks again Bao-Quan!

Drop me a line and I will get in touch with you as soon as I can.